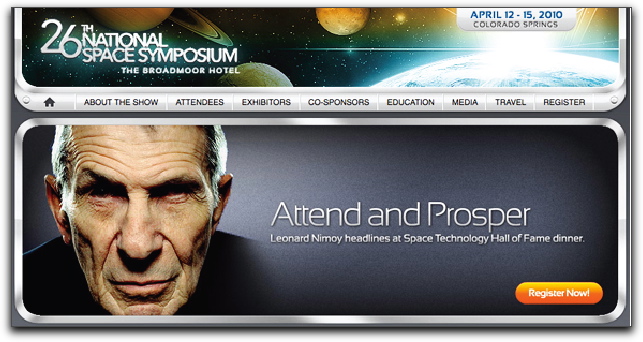 The Space Foundation’s 26th National Space Symposium, set for April 12-15 at The Broadmoor Hotel in Colorado Springs, Colorado, is where all sectors of the space industry gather together to share perspectives and get down to business.

For four days in April, you can witness the largest gathering of space professionals in the world. Visit the AMERICOM Government Services Exhibit Center, which will be teeming with activity and overflowing with the latest in space technology. You can hear from the leaders who are shaping today’s global space agenda — and meet the ones who will shape tomorrows. You can witness a spectacular opening ceremony featuring the eclectic and energetic musical group, Barrage. You can applaud as the Space Foundation recognizes organizations and individuals who have advanced space exploration, discovery, awareness, and commerce.

And, if you hurry, you can get a great deal. 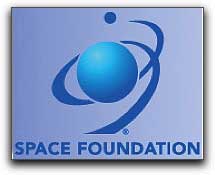 Register for the 26th National Space Symposium by February 5, 2010, and receive $425 off the regular industry rate.

This year’s National Space Symposium continues the tradition of excellence that the premier gathering of the global space community has established over the years. And, it mixes it up with two exciting new programs: a separate Cyber 1.0 Conference on Monday, April 12, immediately before the Symposium kick-off; and special programs and events for up-and-coming New Generation space professionals woven throughout the four-day event.

Cyber 1.0 Conference
Conducted by the Space Foundation, the Cyber 1.0 Conference will clarify Air Force Space Command (AFSPC)’s newly acquired cyberspace mission, which is the direct responsibility of the 24th Air Force. It will feature AFSPC, government, and industry leaders who will provide an overview of the cyberspace mission and discuss the influence of the cyber domain on modern life, the Department of Defense’s cyber perspective, and cyber acquisition policies and procedures. Interactive AFSPC and industry demonstrations and a luncheon that looks at the domain from “inside the beltway” round out the program. The speakers include...

The Cyber 1.0 Conference is a complementary event to the 26th National Space Symposium, with a separate registration fee. There is a significant discount for Symposium attendees and space is extremely limited. For registration and more details, go to www.SpaceFoundation.org. 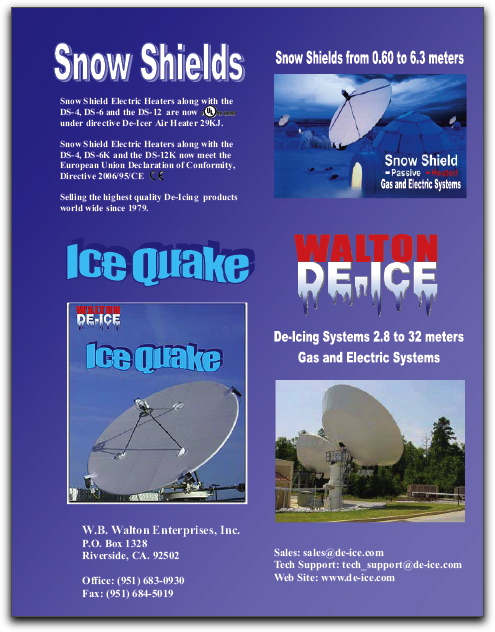 Building on an initiative launched at the 25th National Space Symposium in 2009, this year’s event is offering expanded programs aimed directly at the younger generation of space professionals. The New Generation program will allow attendees to both be involved in the mainstream 26th National Space Symposium program and to spend highly focused time concentrating on issues specific to new entrants to the burgeoning space industry. Program elements include mentoring opportunities that provide quality exposure to industry leaders, workshops for professionals in the early stages of their space careers — both commercial and military, representation on a wider range of main program panels and as master moderators, and a New Generation reception following at the close of the Symposium. 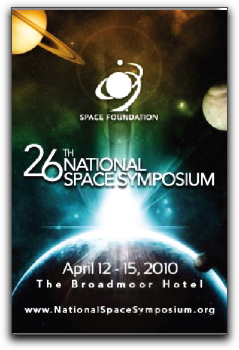 The 26th National Space Symposium is made possible by the generous support of the following major sponsors:

More than 140 companies are exhibiting in the sold-out AMERICOM Government Services Exhibit Center. To be put on the waiting list, companies should contact Exhibitor@SpaceFoundation.org.

The 26th National Space Symposium promises to be informative, inspirational, and an excellent venue for making connections and conducting business. 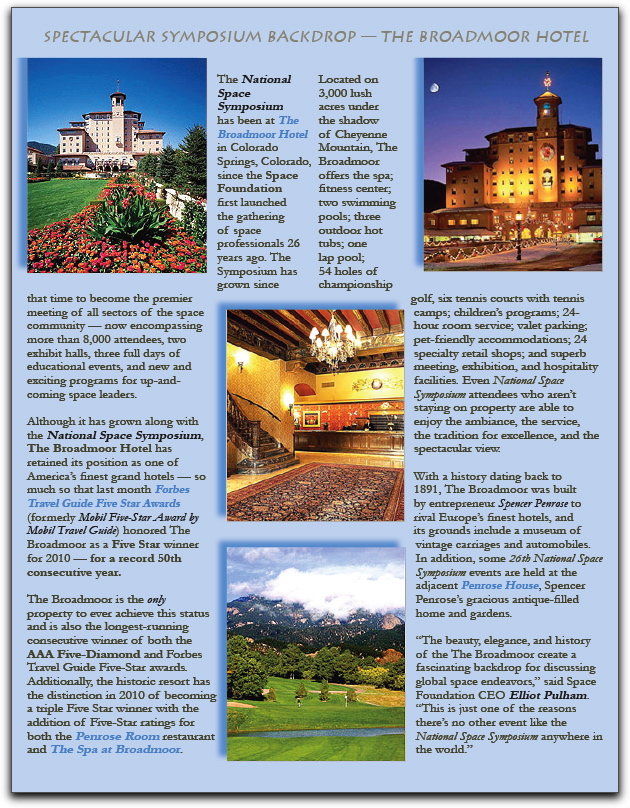