Everything old is new again in the satellite market. For the bulk of the space age—from the 1960s through the mid-1990s—satellite systems grew in size and complexity, built to handle increasingly challenging missions. As more powerful launch options became available, satellite size continued to increase in step. However, over the last decade, the industry is experiencing a resurgence of small satellite technology, with a focus on nanosatellites such as CubeSats. In some ways, this is a return to form for the industry: The first American satellite in orbit, Explorer 1, weighed in at just under 14 kilograms. This time, interest in small satellites is driven not by a lack of launch options but by improving technology that enables satellite developers to create low-cost platforms without sacrificing capabilities. 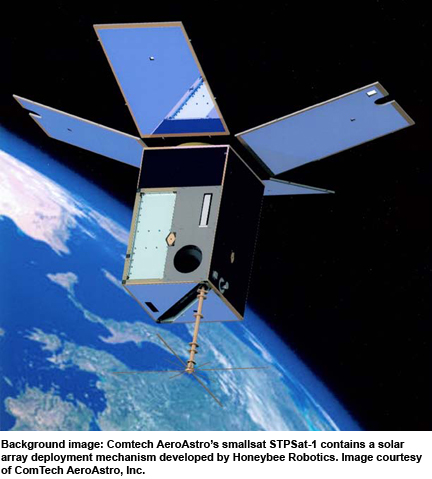 As part of this renaissance, the satellite industry has two independent (and often complementary) tracks to develop smallsats, defined as satellites with a wet weight of under 180kg. On the governmental and military side, small satellites provide a low-cost platform that can quickly test new technologies in the area of Intelligence, Surveillance & Reconnaissance (ISR), situational awareness and space-based science missions. On the lower end of the cost spectrum, academic and even consumer-level satellites benefit from the standardization and commercialization of the CubeSat platform, which greatly reduces complexity of satellite development. From Honeybee’s perspective, missions from the former represent a more compelling opportunity for developing and deploying cutting-edge technology—for the latter group, volume of interest will be generated that will further reduce barriers to entry and the subsequent leads to new launch options. In both cases, miniaturization of electronics and flight hardware must—and will—continue advancing to provide capabilities once available only to large satellites.

Standardization Drives Innovation
In 2000, researchers at Stanford and California Polytechnic created the first CubeSat specifications,. This was a 10-page document that standardized the form factors that are now common today: 10 centimeters per side, no more than one kilogram per unit; units could be stacked to form 2U and 3U rectangular birds. California Polytechnic is also the originator of the now-standard CubeSat deployer, the Poly Picosatellite Orbital Deployer (P-POD), which has enabled standardization across launch vehicles and greater access to secondary payload opportunities. In 2004, the school hosted the first CubeSat Developers’ Workshop to find ways to reduce CubeSat costs and development time, to increase the launch volume to improve access.

All this standardization has led to the birth of a new concept: The satellite as a commodity. Just as PCs underwent a revolution in the 1980s, toward smaller, cheaper, and more capable units, CubeSats on the extreme end of the spectrum are now reaching the level of mass-produced commodities with plug-and-play interoperability between systems. In fact, students and even hobbyists can now purchase commercial CubeSat kits that provide all the basic satellite framework for as little as $7,500. The PhoneSat project, led by NASA Ames Research Center, has developed a CubeSat based on a cell phone processor for just $3,500, which is scheduled to launch in Q3 2012. Of course, it’s worth remembering that though costs are falling, buying access to low Earth orbit (LEO) is still expensive, outweighing the cost of these cheap satellites by two orders of magnitude. As secondary payloads, costs to access space are relatively low, and since 2003, some 50 CubeSats have reached space as auxiliary payloads. 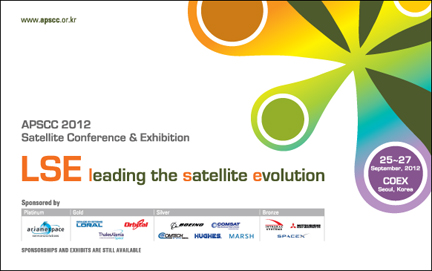 Small Platform, Big Performance
The more advanced action in smallsats and CubeSats today remains with the military and government-sponsored research. Whereas a student-led CubeSat mission may provide a level of valuable data as it educates young scientists, governments are pushing the envelope of big-concept missions in small packages. These missions, for applications in situational awareness, ISR, space science and space-based Earth science, require more capabilities. This is where the shift toward small satellites is becoming quite interesting.

In the United States, NASA and the military are viewing smallsats as ideal platforms for developing new technologies and offering an order of magnitude increase in operational responsiveness. These mission capability demonstrations, such as the Edison Program led by NASA Ames and DARPA’s SeeMe Program, are designed to advance state-of-the-art capabilities small spacecraft to show how they can perform more capable or less costly missions than larger spacecraft, or add entirely new capabilities: formation flying, robotics, payload recovery, close proximity operations, advanced power systems, micro-propulsion, orbital debris removal, miniaturized remote sensors, and new deployable apertures. These missions are also prime candidates to innovate and flight validate new subsystems that could be incorporated into future spacecraft. 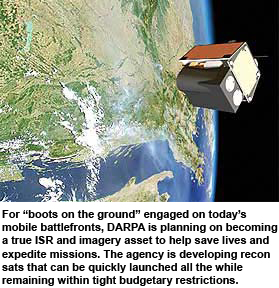 On a more strategic level, smallsats are relatively quick to build and launch, providing operational responsiveness and persistence for the military, such as mission-specific communications links or data acquisition. This persistent, global coverage is a focus for the military around ISR applications. For some applications, smallsat technology is ready and able to fulfill mission objectives. But in many cases, technology currently under development will be required to enable a new generation of highly capable, low-cost satellites.

Technology Development For Added Capabilities
Based on the Company’s experience developing satellite technology, there are three areas in which technology improvements will significantly advance the capabilities of smallsats: Power, maneuverability, and communication.

– Power: Every satellite faces power constraints—many smallsats must work with an austere power budget that limits their functionality. For example, most CubeSats are limited to only 5 watts of orbit average power. Smallsats fare somewhat better as they have more surface area and generally deploy solar arrays, but they are still constrained. Even in an era of low-power electronics, imaging equipment and communication antennae, this low limit can be the function-limiting step in designing a smallsat. New deployable solar array systems and miniaturized solar array drive assemblies (SADAs) are a natural step to significantly improve the power budget, and thus capabilities, of even relatively low-cost smallsats. 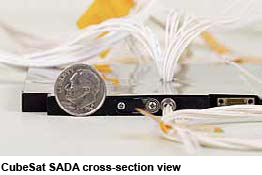 – Maneuverability: Most CubeSats are designed for a limited operational lifespan of just a few weeks or months because they are unable to maintain altitude in LEO. While this has the unintended benefit of keeping LEO less cluttered, the short operational window places limits on the capabilities small platforms can provide. Miniature micro-thruster technology would open new capabilities beyond station keeping, including synchronizing CubeSats for distributed capabilities and enabling on-orbit rendezvous. Currently, a number of approaches based on chemical and electric propulsion are under development. Of equal importance to spacecraft maneuverability is attitude control, or pointing. Imaging payloads in particular require attitude determination and control systems that can provide high agility and stable line-of-sight pointing. There is a growing need for higher agility in small satellites that current approaches, torque rods and reaction wheels, cannot provide. The small satellite attitude control market is ripe for innovation.

– Communications: Smallsats are compelling to military and scientists in large part because new technology may enable them to communicate and coordinate with a network of satellites on-orbit. Such distributed architectures reduce demands placed on each satellite, which can function as a specialized node in a larger system, reducing complexity of each individual satellite and improving the resilience of the larger cluster. Multiple military and government-sponsored research programs are pursuing on-orbit communications technology, both standards and hardware systems. 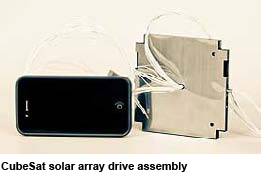 A Bright Future
The “bigger-is-better” mindset has shifted in recent years, and the future is looking bright for small satellite technology. Commoditization of CubeSats is opening a new frontier for relatively inexpensive access to space for students and researchers around the world. The military currently sees smallsats and CubeSats not as mere toys, but as valuable experimental platforms and operationally responsive systems. These two trends complement one another: As miniaturized technologies mature, the successful approaches will provide capabilities within a standardized framework, similar to the way PC components have evolved to a plug-and-play mentality.

New technologies will be required to realize the potential of these small platforms. The coming years will be an exciting time to see what big capabilities can be it into small packages. Advances in miniaturized technology and a continued push for interoperability standards will enable mission planners to focus less on the bus and supporting systems, and instead focus on what they will do with a new constellation of capabilities.

About the author
Erik Mumm is Vice President and Director of Flight Systems at Honeybee Robotics Spacecraft Mechanisms Corporation, where he is responsible for program management, business development, flight mechanism and systems design, controls and software development, and flight operations support. He has over ten years experience in electro-mechanical systems design, development, and test for NASA and Military programs. In tandem with the Chief Engineer, Mr. Mumm ensures Honeybee’s technical standards are followed and continuously improved upon. He served as technical lead on the robotic Sample Manipulation System for NASA’s Mars Science Laboratory. He holds B.S. and M.S. degrees in Mechanical Engineering from the University of Nebraska.

Honeybee Robotics Spacecraft Mechanisms Corporation is a developer of specialty robotics and electromechanical systems. The company develops subsystems and mechanisms for government and commercial spacecraft, with extensive experience in deployment and positioning systems, planetary sample acquisition, power and signal transfer, end effectors, and attitude control. Two of the company’s current projects are aimed at extending functionality of smallsats. 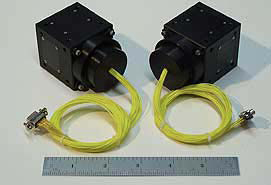 TORCs enable high-agility slew maneuvers with unprecedented acceleration. For example, an individual TORC module can accelerate a 24-kg satellite at 3 deg/second2—an order of magnitude better than reaction wheels, and using a fraction of the power and volume.