On Friday, August 19, a ULA Delta IV was launched carrying the AFSPC-6 mission for the United States Air Force to orbit. 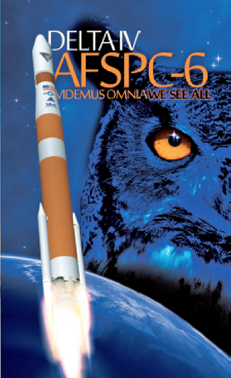 The rocket took off from Space Launch Complex-37 at Cape Canaveral Air Force Station in Florida slightly after the opening of a 65-minute window, with T-0 at 00:52 local time (04:52 UTC) aboard a United Launch Alliance (ULA) Delta IV Medium+ (4,2).

The second of the two pair of satellites are designed to patrol an orbit roughly 22,000 miles above the equator, on the lookout for potential threats to US spacecraft flying in that region.

The satellites will have a clear, unobstructed and distinct vantage point for viewing Resident Space Objects (RSOs) without the interruption of weather or the atmospheric distortion that can limit ground-based systems.

GSSAP satellites will have the capability to perform Rendezvous and Proximity Operations (RPO). RPO allows for the space vehicle to maneuver near a resident space object of interest, enabling characterization for anomaly resolution and enhanced awareness, while maintaining flight safety.

Data from GSSAP will uniquely contribute to timely and accurate orbital predictions, enhancing our knowledge of the geosynchronous orbit environment, and further enabling space flight safety to include satellite collision avoidance. 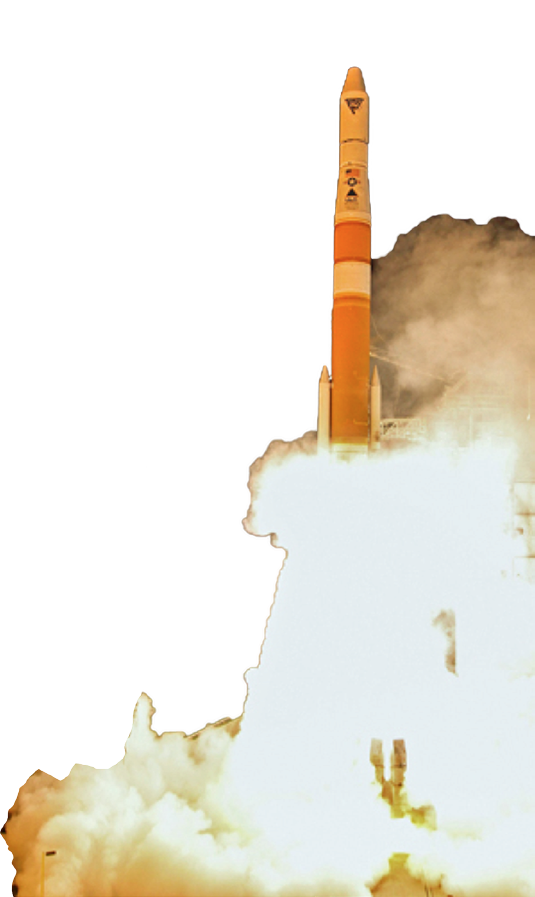 With the first telecommunication satellite, BELINTERSAT-1, having launched and passing rigorous In Orbit Testing (IOT), the Belintersat Project is now ready.

The Belintersat 1 satellite launch via a Long March 3B launch vehicle. Photo is courtesy of Xinhua.

Having occupied the 51.5 East slot, this Belarussian satellite is becoming well known for ease of access and the extensive coverage available. All types of data transmissions and users’ network requirements are also fully supported. Services available include...

Solutions provided by BELINTERSAT-1 include the ability to create WAN networks (Wide Area Networks), no matter the existing terrestrial infrastructure and localization in play. The company provides round-the-clock management of the SATCOM system and can react immediately if an emergency arises. 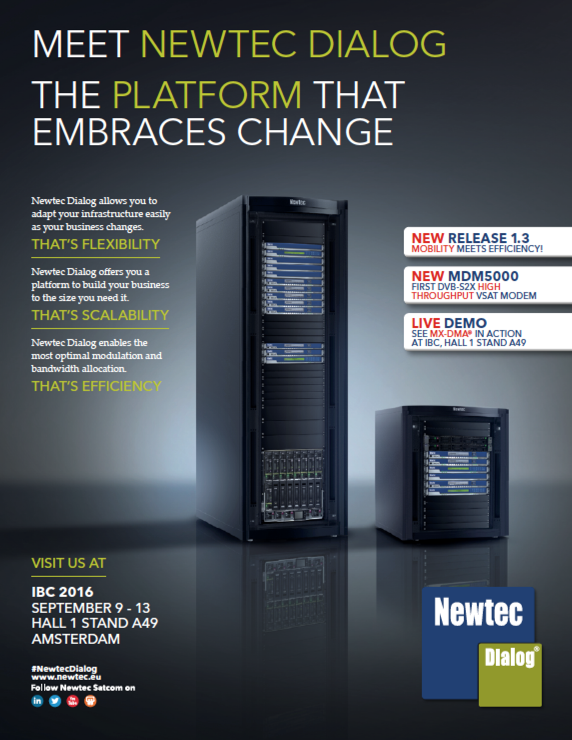 * Switch option for transponders between beams 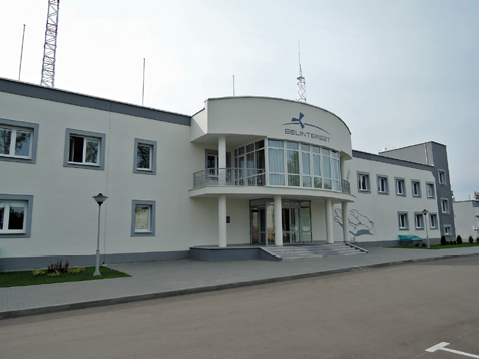 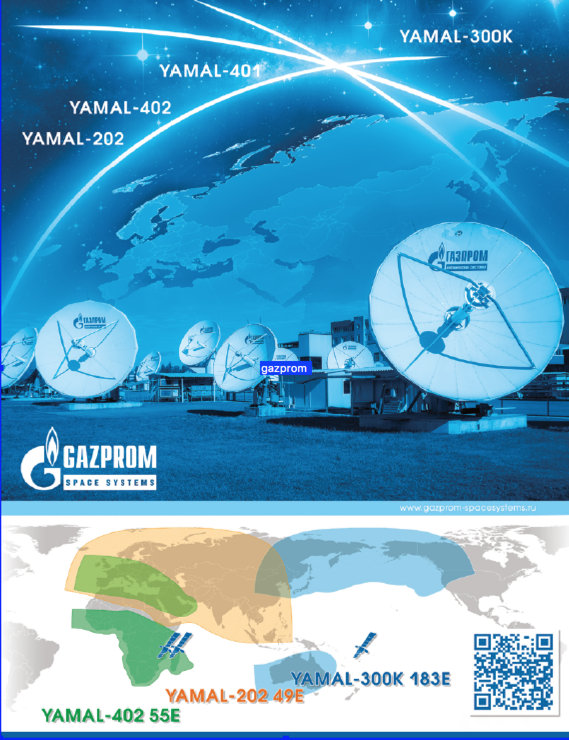 * Switch option for transponders between beams

Carrier Data Rate
Up to 135 Mbps

VSAT Data Throughput
Up to 30 Mbps 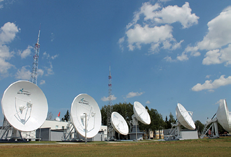 VSAT Data Throughput
Up to 10 Mbps

The Belintersat Project supplies integrated SATCOM solutions for companies and organizations that have departments and branches across the globe.

The latest technologies, such as those offered by iDirect and Gilat, are deployed and service is guaranteed 24x7x365.

Full system monitoring is guaranteed for all services.
en.belintersat.by/ 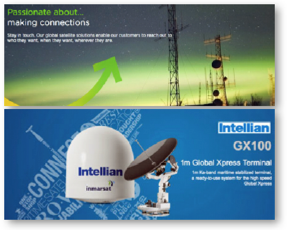 An ‘always on’ high bandwidth VSAT service to maritime customers is a goal many firms involved in the global supply and distribution of maritime SATCOM equipment continually try to attain.

To accomplish such a goal, Satcom Global has signed a strategic partnership agreement with Intellian, which will give the firm access to Intellian’s full range of Ku-, Ka-band and FleetBroadband hardware and will support the delivery of their VSAT portfolio of VSAT and L-Band services to maritime customers across the globe.

The company will also benefit from Intellian’s three strategic service and logistics hubs located in South Korea for the Asia Pacific region; Rotterdam for customers in Europe; and Irvine to provide logistics and service support in the Americas. 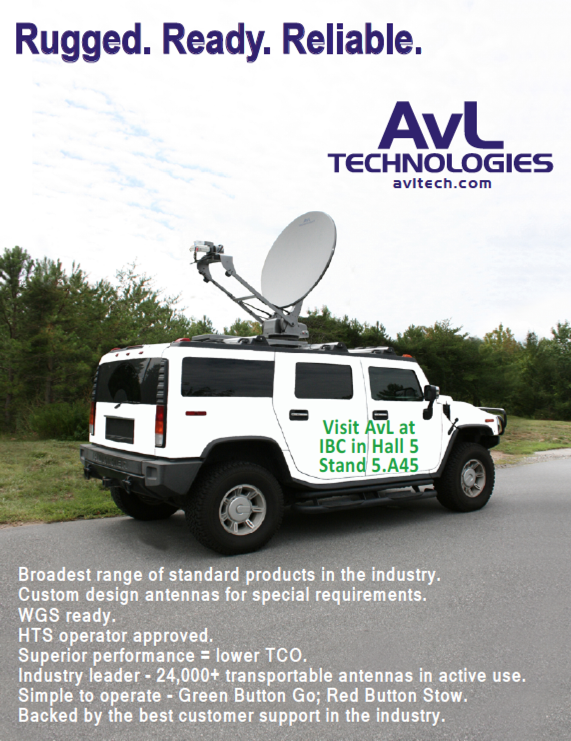 Dedicated stocks will be held in these three Intellian facilities, guaranteeing Satcom Global clients quick access to hardware as necessary and enabling the company to provide a fast and seamless global distribution service to meet deadlines and installation requirements.

The Intellian v100 and v100GX antennas will enable Satcom Global to deliver an ‘always on’ high bandwidth VSAT service to customers.

Enabling a range of bandwidth hungry services, vessels will be able to operate as a true ‘office at sea’ while also keeping crews happy with sustained access to life online
and onshore.

Guaranteed data speeds also allow the use of applications such as video conferencing, e-learning and training as well telemedicine.

According to Ian Robinson, the CEO at Satcom Global, Intellian is exactly the kind of committed partner his company wished to team with to help them penetrate deeper into the maritime market with a world class managed connectivity solution.
www.satcomglobal.com
www.intelliantech.com/

This advanced satellite modem is the AMT-83L and has added a number of advanced features to the unit’s predecessor, the AMT-73L modem, which also happened to be the first worldwide satellite modem to be certified with MIL-STD-188-165A by DISA.

The AMT-83L possesses a much higher data rate, offers full-fledged IP traffic with a built-in router and also brings GSE encapsulation into play.

According to Cristi Damian, the Vice President of Business Development at Advantech Wireless, these modems have been designed to fulfill advanced, two-way, satellite gateway communication requirements in Defense Satellite Communications Systems and include Direct Sequence Spread Spectrum (DSSS) capability.

The AMT83L is based on the success of the AMT-73L line of DISA certified modems, with thousands of units deployed and field tested throughout the world.
www.advantechwireless.com

Artistic rendition of the Skynet-5A satellite.

Full certification from the World Teleport Association (WTA) is an event worthy of celebration—and, hopefully, Horizon Teleports GmbH will be doing just that as their Moosburg Teleport has achieved Tier 3 Certification under the organization’s “Teleport Certification Program.”

WTA’s Teleport Certification Program aims to serve teleport operators and their customers by creating an objective, transparent, and internationally accepted method for teleport operators to document the quality of their operations for customers and strategic partners. It also aims to provide a means for customers to select teleport vendors delivering the price-performance level that is appropriate for their applications. Select this direct link for a list of certified teleports.

To achieve Full Certification under WTA’s program, a teleport operator completes a +170-item questionnaire and submits it to WTA.  The Association analyzes the data based on standards established by its Certification Committee and issues a Provisional Certification based on the self-reported information.  An auditor is then dispatched to visit the teleport, provide independent validation of the data submitted in the questionnaire, and identify additional factors that may positively or negatively affect the score. Full Certification is issued at a Tier number from 1 through 4, of which 4 represents the highest degree of excellence, and remains in effect for 3 years.

SpeedCast has just signed a partnership agreement with Airbus Defence and Space to offer military-grade satellite communication services to the Australia and New Zealand governments. The company will be offering tactical secure communications services to government customers, delivering secure X-band network services that combine the affordability, operational utility and scalability required to meet the stringent requirements of government, military and humanitarian operations.

Airbus Defence and Space has also appointed SpeedCast to manage a new anchor station facility for the Skynet 5A military satellite, which is based at SpeedCast’s existing teleport in Adelaide, Australia, inaugurated on May 18, 2016.

Pierre-Jean Beylier, the CEO of SpeedCast, informed all that his firm has more than 25 years of experience in serving the Australian government and providing military satellite communications services and that the firm is confident their deep rooted connection in the market and understanding of the needs can enable Skynet-based services to expand in the region.
www.speedcast.com 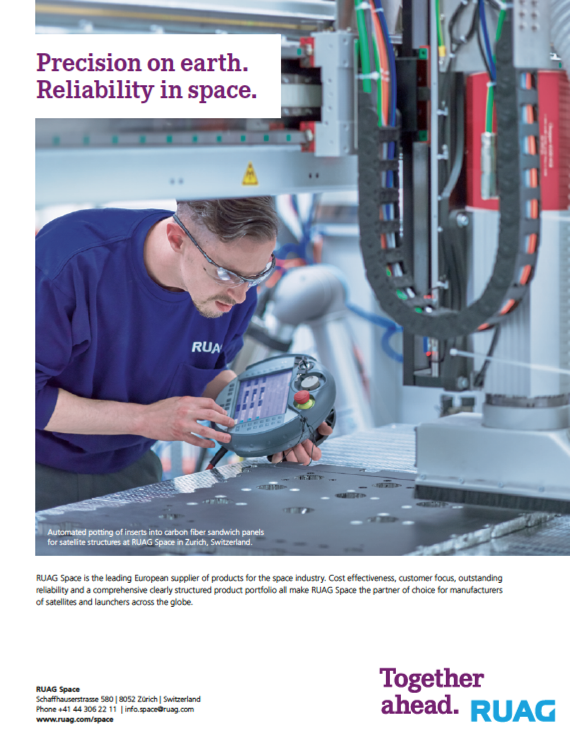