Wielding fixed priced Ku VSAT services, an army of new vendors has been successfully challenging Inmarsat’s dominance in the maritime market. Almost overnight, Fleet Broadband’s per/byte volume pricing has become less and less attractive as demand for data transmission has soared. Initially, the new fixed priced Ku players were a minor irritation to the communications giant, but now have become a very real threat. In August, Inmarsat finally acknowledged the need for a competitive offering and joined the rush to VSAT with their very own Ka-band VSAT service, Global Xpress.

Introduced with much fanfare and positioned as a revolution in maritime communication, the new service is intended as Inmarsat's ultimate defense against Ku VSAT. Armed with 50 Mbps of throughput and a small antenna, Inmarsat is positioning itself to vanquish Ku as the preferred VSAT standard and thereby guarantee its maritime market dominance. Can they succeed? 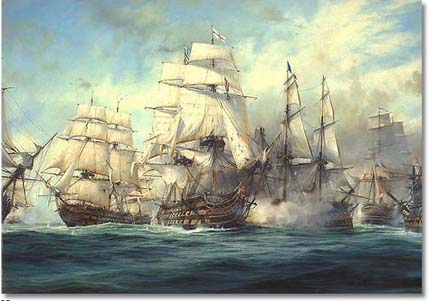 To determine the results of that all-important question, Gottlieb International Group has explored the technical issues associated with the use of Ka-band in maritime environments. While many of the aspects of Global Xpress are yet to be revealed, the characteristics of Ka-band are well known and, therefore, offer a basis on which to build a reasonable analysis. We have spoken to several independent experts, and based on their input, have evaluated the new service’s potential advantages and disadvantages. The results are surprising.

A Big Plus for Global Xpress
A 60cm antenna offering is definitely an advantage over Ku. While Ku generally requires a minimum of 1 meter in global maritime applications to avoid adjacent satellite interference — except when employed with Spread Spectrum Technology — the higher frequency of Ka does allow for use of a small antenna significantly lowering installation costs and speeding installation on large fleet retrofits. However, the advantage does come at a price.

Unlike L-band which uses a very wide beam where pointing is not as critical an issue, Ka uses a very narrow beam. Consequently, the pointing accuracy of the antenna needs to be significantly better — within 0.4 degrees — resulting in the need to engineer a more precise mechanism at significantly higher design and manufacturing costs than the Fleet Broadband Antennas. Given this consideration, we expect the end-user cost of the antenna will be much greater than the current $8,000 to $14,000 market price for the FB 500 antenna and would most likely range upward to around $27,000 to $30,000. 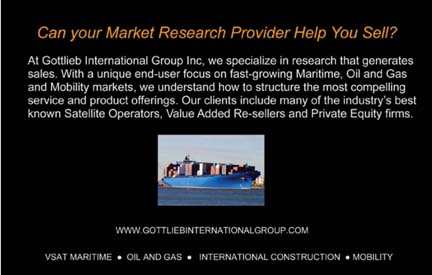 Really Faster?
Ka’s high frequency does allow greater receive antenna gain than Ku, given the same antenna size. However, with equal Ku and Ka satellite EIRP, this advantage is lost due to a phenomenon known as “path loss.” As the high frequency signal radiates from the satellite to the Earth, it experiences a higher spreading loss than a lower frequency Ku signal, which negates the Ka receive antenna gain advantage over Ku. Under rain fade conditions, Ka’s atmospheric loss is greater than Ku. Essentially, Ka and Ku satellites with the same transmit power can both be configured to offer 50 Mbps speeds.

What About Rain Fade?
Consequently, with Ka, it may be difficult to avoid downlink link failure in moderate to severe precipitation. The planned 50 Mbps downlink, which would be shared among numerous customers, could severely limit the infrastructure’s capability to adjust for rain fade, even with Adaptive Code Modulation. Our research indicates that as rain intensity increases, a user’s bit rate could decrease rapidly. Due to the additional bits for Forward Error Correction at moderate to severe precipitation levels, the downlink could fail or be reduced to an unusable level resulting in the need to deploy the L-band backup.

Furthermore, the rapid drop in bit rate associated with rain could result in suspension of services to all but the most critical applications as bandwidth management software attempts to adjust capacity allocation for loss of resources.

While the intermittent loss of Internet access to crew may seem inconsequential, the loss of video could have severe implications in applications such as telemedicine (remote surgery and diagnostics) and security where continuous video feeds are essential to the health and well being of vessels and crew.

In addition, severe bandwidth fluctuation will likely be detrimental to interactive applications such as access to server-housed databases on shore, remote PC and Bridge Consol Maintenance, video conferencing, and so on. As rain intensity increases and, if and when the downlink fails, vessels would have to rely on Fleet Broadband. As L-band is a contended service, in a heavily trafficked area, bandwidth could drop to levels below the minimums required to support even the most essential of services.

While Ku also relies on L-band for backup, the need to go to backup is far less likely — as long as the vessel sails in major shipping lanes — since its lower operating frequency makes it significantly less sensitive to rain fade than Ka. 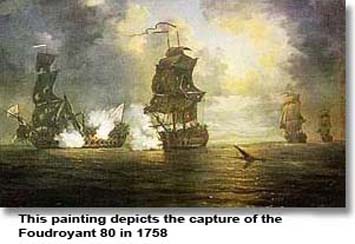 Is Ka Lower In Cost?
Unlike localized Ka services that cover the U.S., the need to cover vast areas of near empty ocean with cells could result in low utilization rate for the Ka satellite capacity and consequent higher cost per/MHz utilized. This inefficiency combined with the higher cost of Ka satellites vs. Ku satellites results in a service that may actually be higher in cost than a comparative Ku infrastructure, since the much larger Ku beam footprint can service a significantly larger area containing more vessels and thereby achieve greater efficiency.

In addition, Inmarsat’s need to operate its L-band network as backup is an added operational cost. While Ku also uses L-band as a backup, the Ku vendor, unlike Inmarsat, bears no network operation cost. Given these factors, and the likely need to provide a back up Ka satellite, it remains to be seen whether the new Global Xpress service will be significantly lower in end user pricing than existing Ku services.

Continuity Of Service
Unlike Ku-band that has multiple providers (for both service and satellite), the Global Xpress service will be highly proprietary. Subscribers will be required to invest in antennas that are only suitable for the Inmarsat service and will, therefore, be totally dependent on their network. Essentially, should one of the Global Xpress satellites fail, there would be no alternative Ka maritime provider. How Inmarsat will deal with this issue is still an open question, but we expect that the only alternative would be to provision the network with a spare satellite thereby assuring continuity of service — an especially important guarantee for the high-end maritime customer.

VPN: A Must For Serious Uses
Large fleet owners in the containership and tanker and drilling contractors and oil industry operating companies typically want to configure their remote operations as nodes on their corporate network. These customers generally deploy critical applications that need committed bandwidth to assure proper functionality. For example, as security is a major issue, a VPN is a common requirement. Whether the available capacity of Inmarsat’s proposed 89 spot beam infrastructure (with each beam shared by multiple vessels) will support the committed bandwidth requirement is an unknown since provisioning this feature would likely require “locking up” capacity in numerous cells thereby limiting overall system capacity.

The Market Reacts
Based on our preliminary survey of Oil and Gas users, we expect the rain fade issue will severely limit acceptance of the Ka service to the Middle East and other rain free areas. As Oil and Gas is an extremely conservative sector, where new technology has a very long acceptance curve, overcoming the perception of Ka’s poor performance in high precipitation areas would, in our view, require months of successful trials with industry leading companies, and, even then, widespread acceptance of the service would not be assured.

While acceptance of a Ka-based solution would likely be somewhat better in the maritime sector, we believe that due to the rain fade issue, most adopters would be causal users — essentially vessels wishing to satisfy crew requirements for simple Internet access and VoIP telephony, not “office at sea” users with critical connectivity requirements. In this non-critical segment, we believe Global Xpress should be well received if priced attractively.

While penetration of the high-end market will be challenging due to the factors we have enumerated, the introduction of Global Xpress will, in fact, be a huge benefit to this market. Essentially, by providing high capacity to less critical maritime users and military and aviation users, Global Xpress will likely “free up” additional Ku capacity for critical users.

In conclusion, Global Xpress will not likely prove to be the ultimate competitive weapon Inmarsat hopes it to be in its battle with Ku. However, its acceptance in the casual user market, the military for high-resolution video, and use in aviation markets, will likely compensate for the potential lack of penetration in the “mission critical” maritime segment and ultimately result in the deployment of a useful and necessary new service.

Mr. Gottlieb is Managing Director of Gottlieb International Group Inc. Established in 2001, his firm specializes in the application of VSAT Technology in Maritime and Oil and Gas Markets. Gottlieb International’s mission is to provide vendors with the “hands on” information and contacts they need to structure product and service offerings and to assist Maritime VSAT buyers in choosing the appropriate service and vendor. The firm also supports Satellite related Private Equity Merger and Acquisition activities in the Maritime, Oil And Gas and Mobility sectors. Clients have included Iridium, Intelsat, KVH Industries, Globecomm Systems, Inmarsat, RigNet, Verestar, Parallel Software, THISS Technologies, (Singapore), Sonic Telecom, and Private Equity Firms Permira Advisors, Apax and Midwood Capital. Mr. Gottlieb’s career encompasses an unusual diversity of Market Research, Sales and Technical background in many segments of the wireless industry including VSAT, Cellular and Mobile Commerce. He has served as Vice President of Sales for Audiovox Communications, Director of Sales for Southeast Asia for COMSAT and Aether Systems, and Corporate Market Research Manager for a Division of Baker International (now Baker-Hughes).