During recent years, the smallsat (below 150 kg) market has rapidly expanded—from 180 launches in 2014 to an expected 630 launches in 2018—such an expansion signals some exciting changes are ahead for the industry. 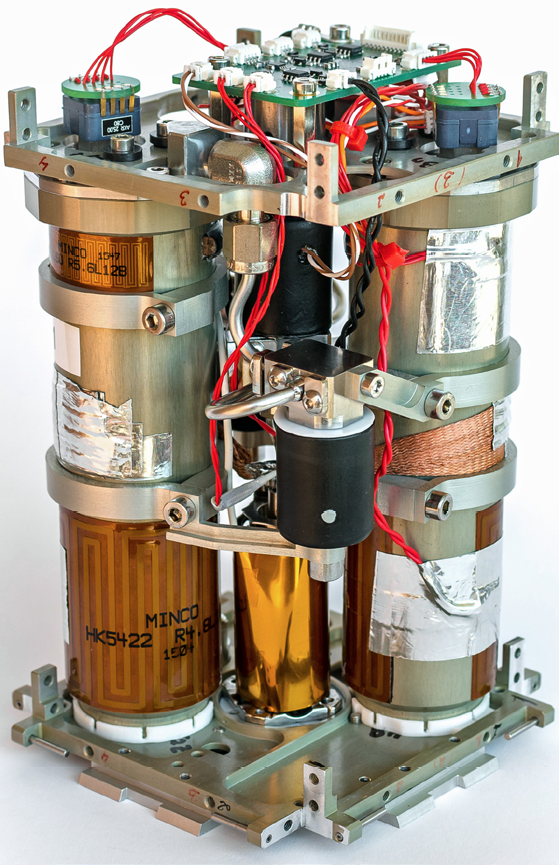 In the past, space access was a privilege for those individuals and firms who had sufficient financial resources. The others remained on the sideline, dreaming about such opportunities and waiting for better times and newer technologies to arrive that would change their situation.

Today, even smaller countries are able to reach space with their own satellites. In 2014, Lithuania launched their first 1U CubeSat LituanicaSAT-1, which allowed Lithuania to join the space league. This launch also introduced that nation to the global small satellite industry and demonstrated that countries without special space programs or significant investments can become competitive.

The smallsat industry has emerged as way to lower the cost of access to space. However, the popularity of smallsats continues to be limited by technology. Many deficiencies and limitations were associated with smallsats in the past. Even nowadays, some critical subsystems and other important technologies are not quite fully developed to enhance this market’s full potential. The good news is that technological advancements have opened new opportunities and are transforming the market for the better.

Big Challenges—New Approaches
Smallsats, especially within the micro/nano size, face significant challenges concerning integrity, propulsion, attitude control, communication and computational systems in order to perform dedicated missions. There are limitations when it comes to scaling and miniaturizing existing technologies to provide suitable electronic and mechanical systems for smallsats. Manufacturers are being forced to implement the latest of these technologies even though those solutions may be, at best, poorly tested.

NanoAvionics was established to commercialize the knowledge and the experiences gained from the LituanicaSAT-1 mission. The company’s team faced many challenges during this mission, including the integration of various components from different manufacturers—valuable experience was gained thanks to working cutting-edge technological solutions into smallsats. NanoAvionics derived a new plug-and-play approach that offers highly integrated products that save customers’ development time and costs, as well as the reliability and functionality to create more payload volume on board the spacecraft. 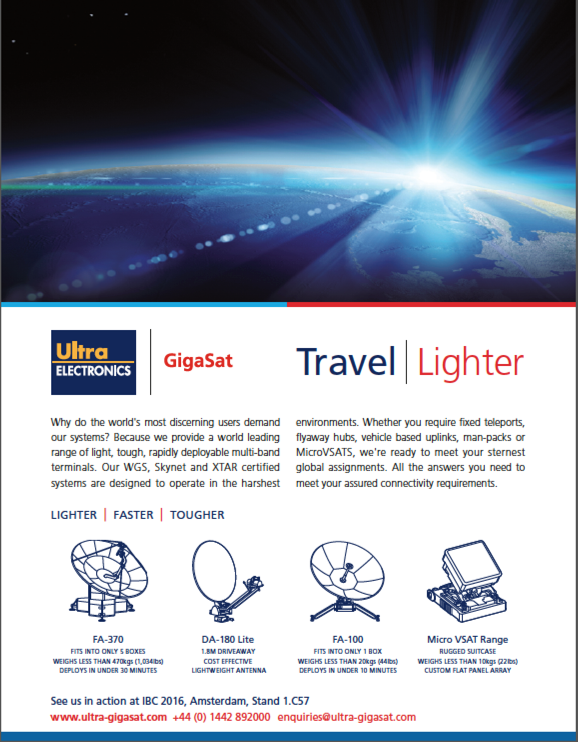 Today the company works on the development of new products for the growing, global, smallsat market, addressing the most significant factors of price, durability, reliability, integrity and lead time. NanoAvionics’ goal is to make smallsats affordable to a wider range of companies and organizations around the globe and to expand smallsats capabilities as these craft will play a leading role within the future satellite market.

The Big Change
Smallsats remain waiting for some critical subsystems to be fully developed. High-performance propulsion systems are one of the technologies required by smallsats to take advantage of their full market potential. Propulsion systems enable orbital maneuvering, attaining the correct attitude and orientation, drag compensation and longer system lifespans for satellites.

Propulsion also permits satellites to perform orbital missions such as crucial Earth Observation (EO) missions, high frequency and data throughput communication, accurate weather forecasting, constellation and formation flights, interplanetary missions and many other applications. There are currently no technical solutions available on the market to empower smallsats with propulsion systems that are low in cost and possess the required level of functionality and technological adaptability.

NanoAvionics is the first company in Europe to address this acute need for a low cost solution to smallsat propulsion. The company has already developed a prototype of a miniaturized, high performance, chemically fueled propulsion system (EPSS) and received an EC Horizon 2020 SME-instrument Phase-1 grant to commercialize this solution.

The purpose of phase 1 of the EPSS project is to engage in a feasibility study of the firm’s novel propulsion system. The potential of the proposed product is recognized worldwide and the awarded grant demonstrates the robustness of this business idea. Typically, NanoAvionics’ product would be necessary for EO and for nano and micro class communication satellites.

The proposed system from NanoAvionics makes use of a contemporary “green,” non-toxic, monopropellant which has a higher specific impulse as compared to classic hydrazine employed systems. The latter is normally used in large scale satellite technologies and permits significant levels of thrust to be stored within a relatively small storage tank.

NanoAvionics’ novel solution corresponds to the European Space Agency’s (ESA) and the National Aeronautics and Space Administration (NASA) Clean Space Initiative and opens up a wide range of possibilities for cost reduction and safety, while simultaneously empowering new space start-ups with an affordable space propulsion systems.

The prototype propulsion system is able to perform high impulse orbital maneuvers and drag compensation as well as an ability to outperform hydrazine. In order to manage the thermal properties of the various propellants in space, the propulsion system includes an active thermal management system for the pressurized tanks as well as propellant management systems to ensure the smooth flow of the propellant blend. Furthermore, the micro-thruster assembly contains a pre-heater for improved heat transfer to the catalyst to provide a maximum thrust of 0.3N. This propulsion unit is designed with a blowdown propellant supply mode, which saves weight and ensures system reliability.

The initial prototype is an enabling and integral plug and play design. The on orbit testing campaign will occur with the LituanicaSAT-2 mission at the close of 2016 to demonstrate the technology. Prototype components, such as valves, fuel tanks and the propellant management system, are designed and manufactured in Europe. The final product will be scalable according to client satellite mission requirements and will also be compatible with the CubeSat standard as well as suitable for smallsats below 150 kg. 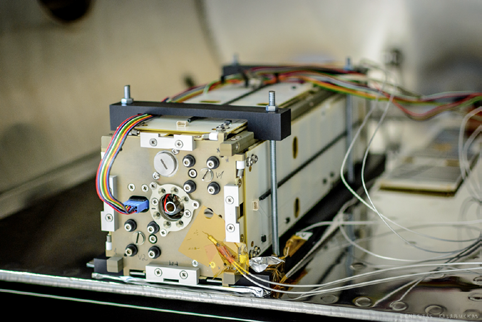 Lowering The Cost
Recently, NanoAvionics signed a contract with Kubos Corporation, a leader in open source satellite software, to develop the software for the NanoAvionics flight computers. The expectation is that this agreement will assist both companies to achieve their goals of making the smallsat industry far more affordable for more players. NanoAvionics considers specialization, professionalism and successful collaboration as means to leading to more specialized, customer-oriented solutions at affordable prices.

Kubos has been commissioned to design and develop a pure software Single Event Upset (SEU) solution to correct the errors that can occur in the satellite’s memory due to the bombardment of radiation. Whereas most SEU solutions are hardware based, Kubos’ solution is software based and is open source.

The SEU will be used on the LituanicaSAT-2 mission, which is the part of the “QB50” initiative led by the Von Karman Institute (VKI) for fluid dynamics (Belgium), under the European Commission’s research and innovation program FP7 (2007-2013). The goal of the mission is to run science experiments in the lower thermosphere and ionosphere, as well as to perform a technology demonstration of the new “green” propulsion prototype and the new command and data module, SatBus 3C1, which will run the SEU.

The CEO of Kubos, Marshall Culpepper, agrees that collaboration with NanoAvionics opens up several new opportunities that will be provided through the combination of quality integrated electronics and open source software. This is most important as innovation and new approaches lead to significant progress that will transform the satellite industry as such is known today. This mission will act as a blueprint as to how open source and affordable technology can be used in space to benefit the many, rather than the few.

Vytenis Buzas is Chief Executive Officer and Co-Founder at NanoAvionics. Vytenis holds M.Sc. in Mechatronics from Kaunas University of Technology (Lithuania) and B.Sc. in Aeronautical Engineering from Vilnius Gedminas Technical University (Lithuania). He was a head of the first Lithuanian satellite LituanicaSAT-1 mission. He also holds an experience as an employee at NASA AMES research center where he was involved in projects related to liquid mono-propulsion systems for small spacecrafts. Vytenis has worked in the space industry for more than seven years. 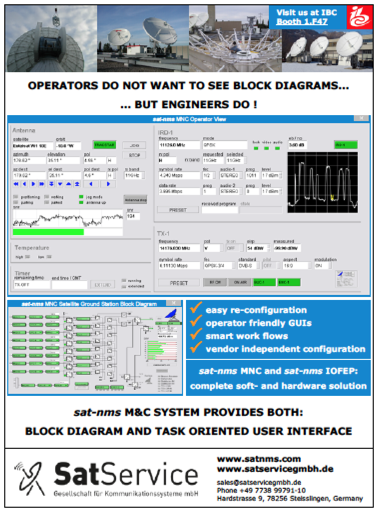