Government and commercial users have identical communication needs: affordable, reliable, and secure broadband connectivity everywhere — from flying across the country at 30,000 ft. to riding a high-speed train through Europe to driving a tactical vehicle in hostile territory. 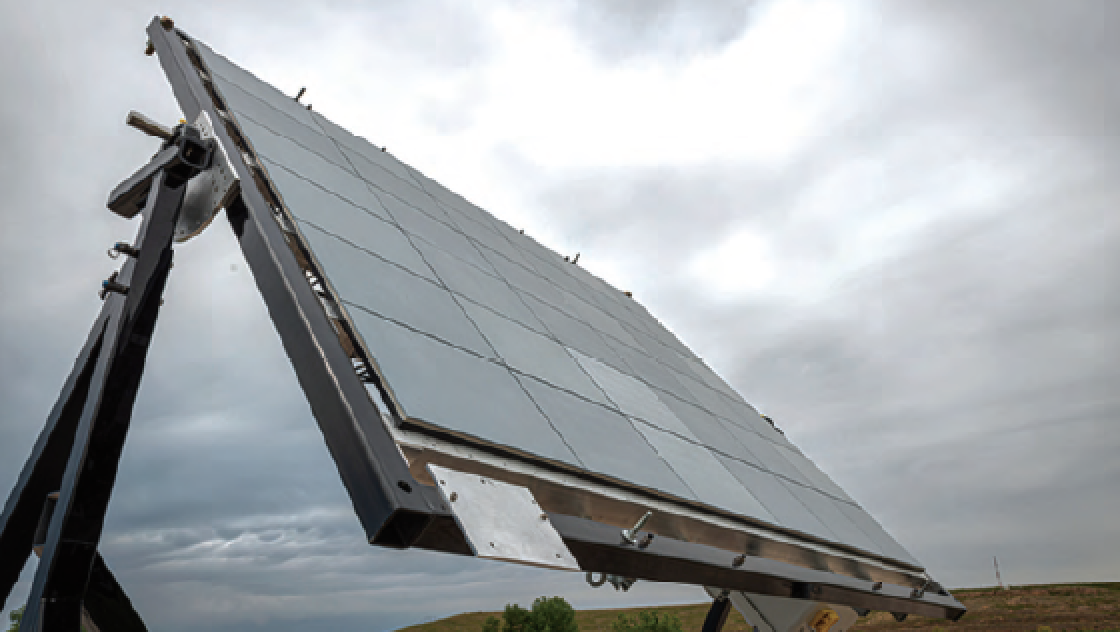 The ideal technology to meet these needs exists in the form of electronically steered antennas (ESA), but development and adoption has been slower than expected. However, new architectures that leverage the overlapping interests and investments of government and commercial markets may prove to be the key to unlocking the full potential of ESA-based satellite communications and significantly accelerating its growth. 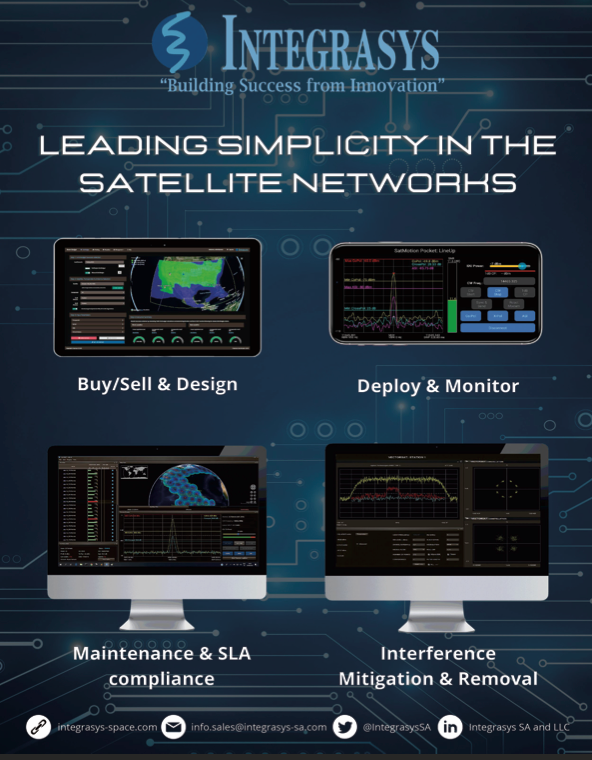 It can’t be denied that government and commercial needs converge when it comes to satellite communications. However, the technology must be reliable and affordable to see broader adoption in both markets. In addition, broader adoption is required to achieve the volumes necessary for affordability. As a result of this catch-22, anticipated users are seeing delays in the emergence of the technology and the market.

However, the shared interests of each market create an opportunity to increase adoption of ESA-based mobile antenna terminals by leveraging the investments of each to provide a solution that meets both needs and requirements.

Before addressing how Ball’s ESA architecture helps overcome the challenges that have kept the ESA SATCOM market from being fully realized, it is important to understand the evolution of electronically steered antennas, why they are ideal for meeting the needs of both markets and why adoption has failed to materialize.

Why ESAs Are An Ideal Solution

The rapid growth of proliferated Low Earth Orbit (LEO) satellite constellations and the focus of Geostationary Earth Orbit (GEO) satellite networks on mobile communications are driving demand for antenna technologies that can connect to these networks. While the flat-panel electronically-steered antenna has been around for decades, several developments emerged over the last few years to substantially increase its capabilities and make them the ideal solution for mobile applications.

One key development is the vast improvement of the electronics that comprise today’s ESAs. New semiconductor processes available to chip manufacturers make it possible to integrate more functionality into smaller chips that use less power and cost less to make. For example, an integrated beam forming chip can contain RF logic and digital control logic in a single die. Additionally, large investments being made to meet the 5G industry’s RF needs at mmWave frequencies is also leading to improvements in amplifiers, filters, and printed circuit boards.

Software control is another key technological development boosting ESA’s potential. The antennas are designed to be electronically steered and controlled by software that allows it to instantaneously track and connect with multiple satellites. This enables high-speed, high-quality data rates, reliable and secure connections, and interoperability across different networks. Interoperability and beam agility are critical to meeting the needs of current and future high-throughput commercial and government satellite constellations in GEO, LEO, and Medium Earth Orbit (MEO) orbits.

• These advancements give ESA terminals several key advantages over other antennas when it comes to mobile communications.
• Their low-profile, small size and light weight makes them ideal for moving platforms such as trains, planes, trucks, and ships.
• The arrays can instantaneously move beams to ensure a mobile antenna is always pointing at the satellite, regardless of how quickly a platform changes direction.
• Lastly, these antennas possess the flexibility to connect with GEO, MEO and LEO satellites.
All of these features become very important on mobile platforms that are bouncing over rocks, swaying on a train track or getting battered by waves on the high seas. ESA’s fast agile beams ensures that communication links between the user and satellite are not broken and always point accurately to maximize broadband performance for the mobile users.

It is because of these benefits that, in July, Northern Sky Research projected equipment revenues from flat panel antennas would reach $17 billion by 2023. Yet, despite these robust forecasts and the clear need for mobile communications technologies, the market for ESAs has been slow to develop. So, what’s happening to cause commercial and military users alike to delay adoption?

The military has used phased arrays for decades on high-end platforms, but now we are seeing a wider use case and opportunity for ESAs within military and commercial markets, especially as new satellite capabilities and constellations come online. However, the historical cost of ESAs for commercial entities and for broad military use was too steep.

In the past, the price of a single ESA terminal could be much higher than the current mechanically steered antenna. For both military and commercial entities needing to outfit thousands of planes, trains, trucks and ships, the cost would be astronomical using custom, low volume ESA solutions. 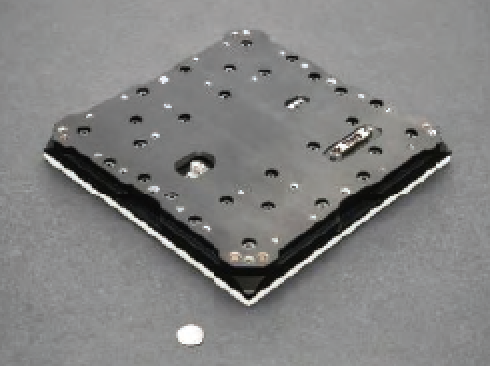 As much as a commercial airline would love to provide high-speed internet connectivity for all its passengers, the return on investment (ROI) simply wasn’t there. Moreover, up until recently, that type of financial outlay didn’t result in an always-reliable solution because product maturity was slow to evolve.Part of the reason for the low product maturity is that designing ESAs is more challenging than many realize. At Ku-, K- and Ka- frequency bands, the area on a printed circuit board behind the antenna elements is very small and does not leave much space to attach the antenna’s electronics.

An antenna optimized to receive a Ku-band signal has 0.2 sq inches per element on a board to support amplifiers, phase shifters and control logic needed to electronically steer a beam. An antenna optimized to transmit a Ka-band signal has only 0.035 sq inches per element on its board. This high level of integration into a small space requires a well-designed thermal solution to efficiently remove the heat from these antennas. Solving these technical challenges has slowed product introductions.

To address both the cost and maturity obstacle, Ball designed a modular ESA solution called a subarray. A subarray is an antenna building block optimized by frequency band for size, weight and power, as well as for manufacturability. Each of these environmentally-sealed subarrays contain commercial printed circuit boards, highly integrated beam-forming chips and commercial off-the-shelf components. Material and assembly costs are reduced by closely following the 5G mmWave electronics, assembly and test investments. This results in electronic cards that are easily manufactured, assembled into subarrays and tested by contract manufacturers.

These subarrays can be tiled together and scaled to meet the unique performance and environment requirements of different use cases. The result is a modular antenna platform that has the flexibility to tailor solutions that meet the varying needs of maritime, land mobile and in-flight connectivity use cases. 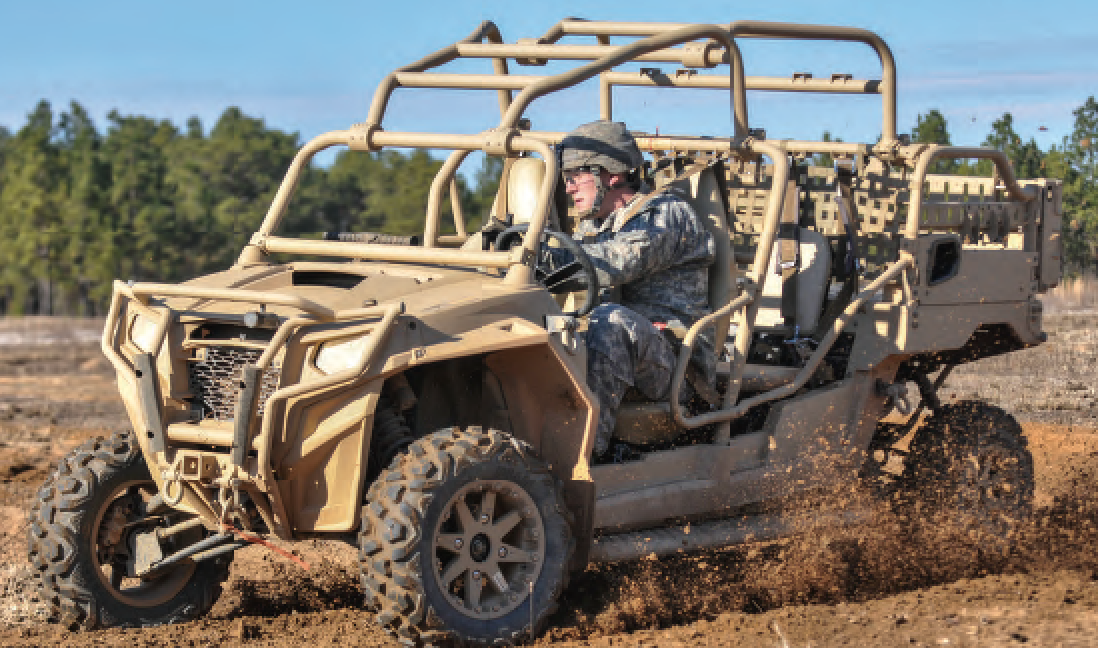 Military tactical vehicle that could take advantage of an ESA.

By using the same subarray in multiple use cases and markets (i.e., military and commercial), mass-production techniques can be utilized to drive down the cost per unit while driving manufacturing volumes up. Resulting ESA terminal costs are thus projected well below current mechanically steered solutions.

Not long ago, this type of military-commercial cooperation/co-dependency would have been difficult to attain, particularly in the world of satellite communications, where the needs of each differed greatly. No single solution met the unique needs and requirements of each market. However, a lot has changed in just the past five to ten years that make this type of partnership more realistic.

Military and commercial entities are already cooperating outside of the SATCOM market. The military is exploring the use of commercial cloud data processing and dissemination, as well as acquiring imagery, analytics and weather data from commercial providers.

We’re even seeing the marriage of military and commercial in satellite launch operations as well as in communications satellites. So, the groundwork for a strong military-commercial relationship in the expansion of ESA-based mobile communication exists.

This co-dependency, coupled with the type of mass-producible, modular, common architecture being developed by Ball, could be the key to unlocking the ESA market’s full potential. If military commercial entities share part numbers, everyone benefits. Commercial users can take advantage of the investments made by the military and military users benefit from lower costs achieved through mass production.

It’s a win-win-win-win, with the third “win” being for manufacturers and sellers of this much-needed technology, and the fourth representing the end users, including millions of consumers and the warfighter, who all gain reliable, high-speed broadband connectivity regardless of where they are or how fast they are moving.
www.ball.com/aerospace

Ryan Jennings is Senior Manager for SATCOM Strategy and Products at Ball Aerospace responsible for the business, market and product development of innovative electronically steered flat panel antennas and terminals for commercial and government markets. He joined Ball in 1998 as an RF phased array design engineer. Using his more than 25 years of experience leading mission-critical technology efforts for commercial, intelligence and defense customers, Jennings is charged with developing key partnerships to deliver Ball solutions within multiple markets. He holds several phased array-related patents. Jennings received a B.S. degree in electrical, electronics and communications engineering from the University of Kentucky and an MBA with a focus in executive leadership from Regis University.

Paul Freud is Senior Manager for SATCOM User Terminal Products at Ball Aerospace responsible for Ball’s commercial user terminal product line. He joined Ball in 2019 after 20 years in the semiconductor business. Using his extensive semiconductor design, manufacturing and sales experience, he is leading Ball’s effort to scale the manufacturing of its innovative electronically steered flat panel antennas and terminals. Freud received a B.S. degree in electrical engineering from Bucknell University and a M.S. degree in electrical engineering from Johns Hopkins University. 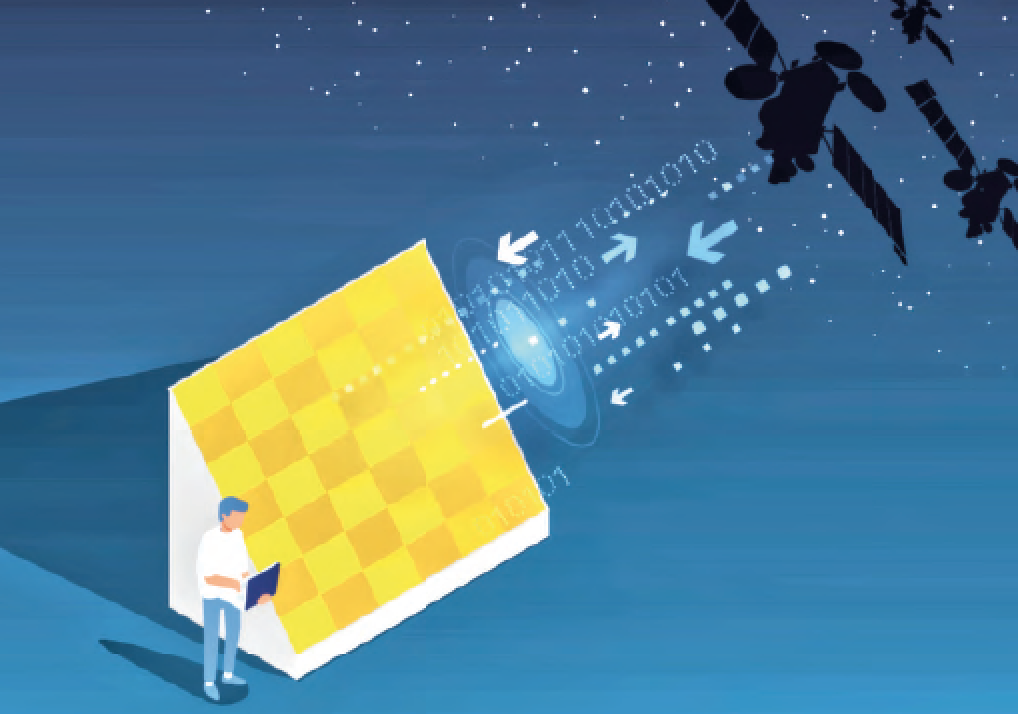 iGraphic is courtesy of Ball Aerospace.

This marks a technology milestone for the United States Space Force’s MBMM program and moves the team one step closer to a full end-to-end satellite communication demonstration later this summer. This transmit test follows a similar successful receive test, which occurred in February.

The prototype antenna, awarded by the Defense Innovation Unit in April of 2019, features proven technologies at high maturity levels such as Lockheed Martin’s Horizon™ advanced satellite scheduler, Ball Aerospace’s modular subarray and panel design, and Kratos RT Logic advanced digital signal processing. Additionally, the prototype uses a ‘building block’ approach that can easily scale as the number of satellites increases or as the communication needs evolve.

The total number of commercial and military satellites in orbit is projected to increase at least four-fold in the next decade, with a projected tenfold increase in capacity needed within the Air Force Satellite Control Network (AFSCN). That growth necessitates new technologies like phased arrays which can connect to multiple space vehicles simultaneously, unlike traditional parabolic antennas. Phased array antennas also avoid significant mechanical maintenance costs when compared to parabolic dishes.

The MBMM prototype phased array is part of a broad initiative to modernize the existing AFSCN system and bring new technology faster to warfighters. MBMM increases AFSCN capacity and throughput while improving resiliency for ground infrastructure and satellite systems.

“Ball Aerospace has targeted investment in the core phased array technologies required to allow MBMM to address the Space Force’s mission needs while providing an affordable full system solution,” said Jake Sauer, VP and GM, Tactical Solutions, Ball Aerospace. “With the successful completion of the transmit test, we are looking forward to the full end-to-end mission demonstration of the phased array capability.”